Researchers from England, Holland and Sweden have shown great interest in the five girls' biology experiments.

Take 400 Cress seeds and place them into 12 trays. Then place six trays in two rooms at the same temperature. Give them the same amount of water and sun over 12 days, and remember to expose half of them to mobile [Wi-Fi] radiation.

It is a recipe for a biology test so brilliant that it has attracted international attention among acknowledged biologists and radiation experts. Behind the experiment are five girls from 9b in Hjallerup School in North Jutland, and it all started because they found it difficult to concentrate during the school day:

- We all think we have experienced difficulty concentrating in school, if we had slept with the phone next to our head, and sometimes also experienced having difficulty sleeping, explains Lea Nielsen, who is one of the five aspiring researchers.

The school was not equipped to test the effect of mobile phone radiation on them. Therefore, the girls had to find an alternative. And the answer was Cress.

Six trays of seeds were put into a room without radiation, and six trays were put into another room next to two [Wi-Fi] routers. Such routers broadcast the same type of radiation as an ordinary mobile. 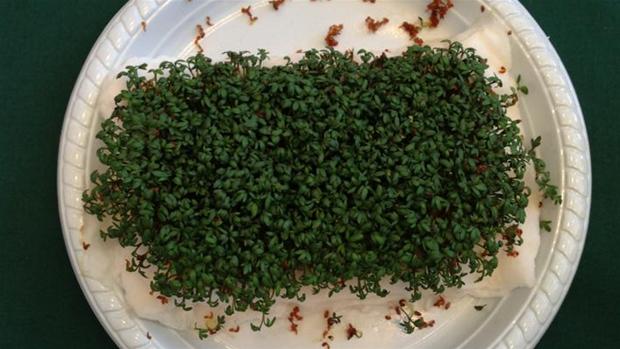 The "healthy" cress without the influence of the router. Photo: The girls from 9b

Then it was just necessary to wait 12 days, observe, measure, weigh and take pictures along the way. And the result spoke was clear: cress seeds next to the router did not grow, and some of them were even mutated or dead.

- It is truly frightening that there is so much affect, so we were very shocked by the result, says Lea Nielsen. 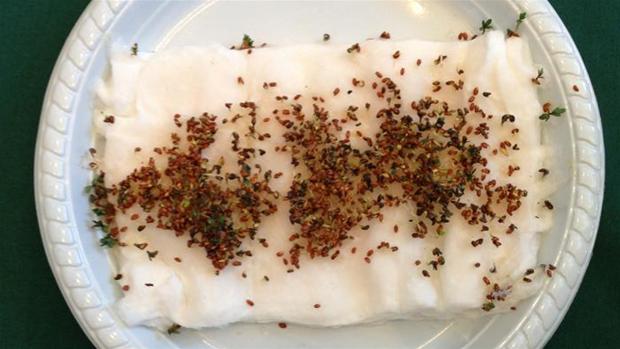 The "sick" cress exposed to the [Wi-Fi] router. Photo: The girls from 9b

The experiment secured the girls the finals in the competition "Young Scientists", but it was only the beginning. Renowned scientists from England, Holland and Sweden have since shown great interest in the girls' project so far.

The renowned professor at the Karolinska Institute in Stockholm, Olle Johansson, is one of the impressed researchers. He will now repeat the experiment with a Belgian research colleague, Professor Marie-Claire Cammaert at the Université libre de Bruxelles, for the trial, according to him, is absolutely brilliant:

- The girls stayed within the scope of their knowledge, skilfully implemented and developed a very elegant experiment. The wealth of detail and accuracy is exemplary, choosing cress was very intelligent, and I could go on, he says.

He is not slow to send them an invitation to go on the road:

- I sincerely hope that they spend their future professional life in researching, because I definitely think they have a natural aptitude for it. Personally, I would love to see these people in my team!

No mobile by the bed

The five girls from northern Jutland have not yet decided their future careers. They are still very surprised by all the sudden attention.

- It has been such a rollercoaster ride. I still cannot believe it, says Lea Nielsen.

- It's totally overwhelming and exciting. It's just not something you experience every day.

But there have also been other consequences of the cress trial, which is quite low-tech in nature.

- None of us sleep with the mobile next to the bed anymore. Either the phone is put far away, or it is put in another room. And the computer is always off, says Lea Nielsen.

Posted in Scientific Research, What's Happening Around the World?, Wifi in Schools This is an archived page of [here]
I claim no copyright. Just keeping the story alive as the original has broken image links.